Canadian churches and other organizations are being compelled to sign on to values that are in the Charter of Rights and Freedoms if they want funding for summer jobs for youth. No problem, right? Right. Except there's just one more little phrase: "as well as other rights". Now we have a problem. 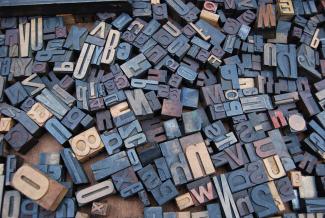 There has been (rightly) much discussion on the 2018 Canada Summer Jobs grant “kerfuffle” (Mr. Prime Minister, if you’re listening, it’s a whole lot more than a kerfuffle, and deservedly so).

To me the most egregious statement is one that’s in the application itself: “CSJ applicants will be required to attest that both the job and the organization’s core mandate respect individual human rights in Canada, including the values underlying the Canadian Charter of Rights and Freedoms as well as other rights.”

“...the values underlying the Canadian Charter...as well as other rights” are phrases that come dangerously close to Orwellian territory, if they’re not living in it already. Our government is not basing this “attestation” on what’s actually in the Charter, but what they claim is “underlying” the Charter, and then tacking on this dangerous phrase “as well as other rights”. With that line of thinking, what basis is there for any sort of legal and/or moral opposition to anything? The government has taken it upon themselves to determine what Canadians values are/should be in spite of what’s actually written in (or not written in, which is actually a critically important point in this case) the Charter.

This whole thing is a huge issue that has many implications for what we call in our church “the two governments”, that is, civil and spiritual government. The discussion isn’t just about a church’s “core mandate”; it goes well beyond that, and it doesn’t apply only to churches. It goes far beyond that.

Andrew Bennett, the former Ambassador for Religious Freedom Ambassador (a post created under the Harper government but which is all but unimaginable under the current Liberal one) gave an interview on CTV's Power Play the other day where he used the example of a construction company. Why should a construction company be compelled to declare their allegiance to the Liberal government’s views on reproductive rights in order to hire a young general labourer for the summer?

The short, and (one would think) easy answer is: they shouldn’t. It was an excellent example of how far this endeavour overreaches. Simply put, the government is inventing rights that don’t in fact exist and mandating that anyone who wants to access their own (read: taxpayer) funding must respect these invented rights.

As a Christian pastor this also opens up another can of worms on topics such as whether churches should be relying on government funding at all. There will be more to contemplate in those kinds of areas. But this whole idea that the government can compel any business or organization to sign on to values that aren’t in fact in the Charter is, to me, the central idea in this whole “kerfuffle”. It’s an idea that is mentioned no less than five times - five times! - in the application guide, and that is a dangerous notion in any democracy.

Every organization that considering applying for a Canada Summer Jobs Grant will need to make its own decision about what to do for 2018. But the deeper concern is that this isn’t an isolated incident. Even beyond the Employment Minister’s breezy declaration that churches “should have no problem” with this attestation, it’s consistent with other examples of overreach, such as proclaiming that all candidates for the Liberal party must be essentially pro-choice. That in itself is a topic for another day. For now, we’re left to grapple with how to deal with national leadership that, more and more, is moving away from any sort of pretence of respect for the opinions of all Canadians.