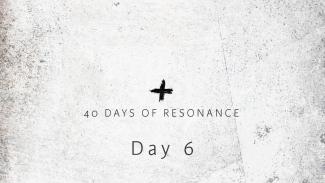 On Tuesdays, our church sends out an email newsletter. Each week I write a short summary of the past Sunday's theme and message. This past Sunday was the First Sunday in Lent, and we read three passages of Scripture: Genesis 3:1-21, Romans 5:12-19, and Matthew 4:1-11. While it's entirely too short (isn't everything?), here's what I shared with the congregation I serve in today's newsletter.

The original sin in the world wasn't that Eve ate the fruit after being deceived by the serpent in the garden of Eden. The original sin was putting a voice other than God's voice above His, letting Satan's word - which was twisting God's own - take authority over God's. Adam - who was supposed to lead himself and Eve in the way of God - stood by and took what Eve offered.

Adam should have stepped in to say, "no, God told us not to eat this", but he didn't. And as result of that, he and Eve rebelled against God and His word, and thus brought sin into the world. Now, we all have "original sin", which is that we are sinful by nature - not just from the time of birth, but even from the time of conception we are sinful people.

But Jesus stood against the lies and twists that Satan put on God's own word. Where Adam and Eve failed, where ancient Israel failed, Jesus succeeded. He stood on the written Word of God - what we know as the Old Testament - in refuting the attacks of the devil. And the Good News for us is that Jesus stood in our place. Where we fail, He wins the victory and gives it to us. Where we succumb to temptation, He stands strong, and gives us the Holy Spirit to create and sustain faith in us.