Don't Hurt Me for asking; it's not only a 90s pop artist that's asked the question. It's actually a hugely important question: what is love? 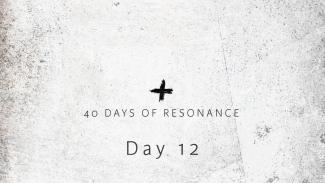 Now that you've got that Haddaway song in your head (you're welcome - I love the 90s too), this is a truly important question that we need to answer: what is love?

Or maybe the song in your head is Tina Turner's. It's a poignant question, really: "What's love, but a sweet- old-fashioned notion?" Sadly, our culture would pat Tina on the head and think she is the sweet old-fashioned one for thinking love could be such a thing.

Actually, it's Alannah Myles' 1989 song that best captures what our culture thinks love is: "Love is what you want it to be".

What's that, they still do?

As much as I'd like to time-trip through old-fashioned love songs (especially if they're coming down in three part harmony), I've got to get to the point of this post, and fast.

Maybe one of the most dangerous words in our current culture is this little word love. It's dangerous because Alannah Myles was right: it's become very much what you want it to be. And when we all get to use the same word and mean completely different things, that's a recipe for chaos. (Is anyone surprised by the world getting more chaotic? It's not surprising when one of the most important edicts of our culture is: I get to define everything for myself.)

So, we hear all kinds of phrases with the word love in them, and we think they're all actual definitions of love. They're not. Here are just a few:

"Love means never having to say you're sorry." Wow, I wish.

"Love is blind." It'd be nice if it was. This needs so many qualifiers (and TV producers) that it's essentially meaningless.

"All you need is love." It's a brilliant song by the Beatles, especially because of that fantastic mixing of 4/4 and 3/4 time signatures. It can be a true statement, but it all depends on what you mean by the word.

"Love is love." Yes, that's a tautology, so theoretically no one can ever disagree with it. The problem is, even within that phrase there are different meanings used for the same word.

There are generally two ways people use the word love in our culture: 1. an intense emotion, and 2. an amplified version of like. So, "I love you" means, "I feel really strongly that I'm drawn to you" or "I like chocolate, but I love dark chocolate". In both cases, the foundation of the word is emotion. And that gets us into trouble because our emotions are brutal; they are up and down and all over the place, and we can't rely on them to sustain us in anything. Just like Vader said to Luke, "your feelings betray you". Yes, yes they do. All the time. The better word for this actual emotion is infatuation. That's really what we're describing 98% of the time when we use the word love.

But this creates a huge problem: it brings us into Orwellian doublespeak (and I'm not just making a general literary reference to try to sound smart; I actually believe this is what it is) which leads us into saying things like an updated wedding "vow" such as "as long we both shall love". That sounds great, and using my definition, it's actually a fine wedding vow. But in that "vow" the word love is doublespeak for infatuation. It's masking the true thing by a nicer sounding word, and thus redefining it in practice. In Orwell's 1984, the idea of doublespeak is used by the nefarious Big Brother government to oppress people (and now, as much as there's an app for that, it's also true that "there's a reality-TV show for that"; why on earth do people think that Big Brother is a good name for a show? Is it because 1984 is almost 40 years ago? But, but...that's when Tina Turner released that blockbuster song!), but in our world it's much more difficult to deal with because there's no one entity that creates the doublespeak; it's all of us. (And yes, we're dealing with doublethink too...that is a good post, for another time.)

OK, so if you've made it this far in this far-too-parathentically-laced post, what are we to do with all this confusion and chaos? Not that I'm going to give the authoritative word for the world, but let me give a working definition of love that I think describes what it actually is in contrast to the way it's usually used.

Love is goodwill towards the other that leads to self-sacrificial action.

There is so much to unpack in this phrase, and the post is long enough already (so I'm told; I'm just getting started). Good thing I have a few days left in this project in which to unpack it.

For now, to bookend this post, let me leave you with another song about love that captures the heart of what we all wish love was really all about.