Media companies have a knack for cross-promotion. It seems like the content for this project shouldn't really be crossed, but it is. Kinda. 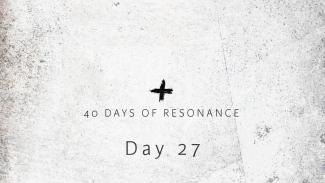 I've always been fascinated by the amount of cross-promotion there is within media companies. I'm not just talking about the ads for shows on the same TV networks that you'll hear during a pro football game. That's one form, but at least that isn't subtle. There's all kinds of other stuff going on, and it's become a bit of a hobby of mine to see whether I can catch the more subtle stuff.

But then, the last few weeks happened. This project has always been a bit of a side project, and I've written about the pitfalls of that before. But there's no getting around its place in the pecking order, as much as I love the concept and possibilities of it. That's just been amplified in the past weeks, as we've had to put much more of our congregational content online. And the sort of thoughts that I'd normally reserve for writing about here (and sporadically, at that) are now the kind of thoughts that I'm putting into a different form (namely, video) for the congregation that I serve, and for anyone else who wants to be a part of it.

Which puts this specific 40 Days of Resonance project in a weird place. I had started it as a project of discipline and as a means of jumpstarting the site again, and then the world changed. So this has had to change with it. I originally tried to keep up with a post every day of Lent, but it just couldn't happen. Then I discovered that, by putting some thoughts on video for my congregation, it didn't really make sense to duplicate or otherwise create a different version of them for this site. So I've posted a couple things in that vein.

Which then brings me to the cross-promotion bit. This site is for engaging in thoughts and pieces that may or may not directly relate to my calling as a pastor (though, let's be honest, most of it would). But with the world around us turned upside down, I'm finding that I need to create the kind of content I would normally think fits better here for my congregation. So I'm emailing them and making videos. The emails are more direct for them, and even the videos are primarily for them. It's just that, with video, it's so easy to just make it available for anyone who wants to engage with it.

By linking those videos here, it's a weird sort of feeling of cross-promotion. But it's really not so much about me and trying to drive traffic or get more views for ads or anything, because I'm not going for ads either here or on the congregation's YouTube channel. Yet it still seems odd. I've come to the conclusion that not only can I not post every day here, but that I am going to link to some of the content I've shared with our congregation. Because with the world turned upside down (and with the small audience this site has anyway), it's going to be more healthy for me and you to - for the short-term, at least - engage with content that I hope resonates with our congregation first, and then with you as well. But I can't try to make those things distinct at this point.

After that wordy introspective introduction, here's the latest video I offered to our congregation: A Word From John 16. 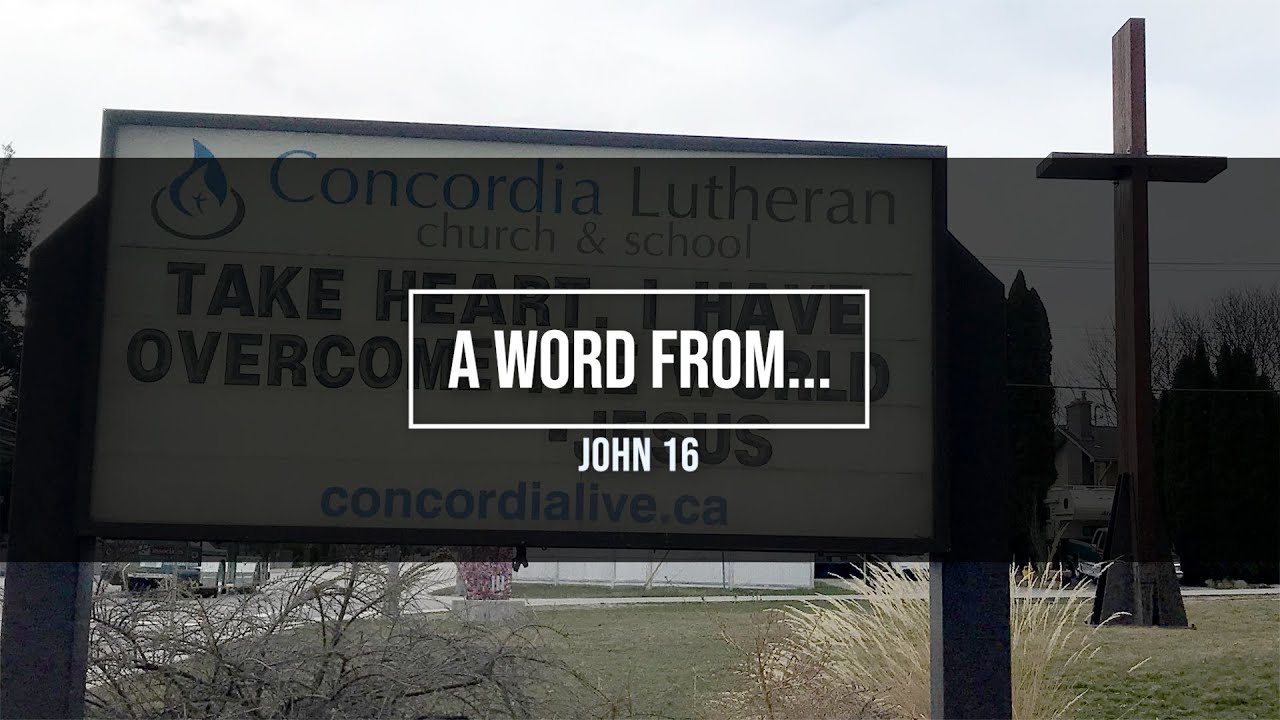