In January 2015 we found out that a collective fund managed by our church leadership was insolvent. The past 3½ years have been turbulent, to say the least. Today the Alberta Securities Commission is bringing charges against that leadership. I need to reflect on this. 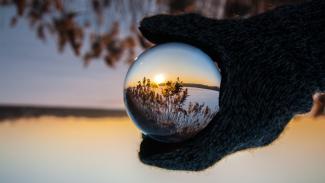 Photo by Dawid Zawiła on Unsplash

You might know that the church body I belong to—Lutheran Church—Canada (LCC)—has been rocked in recent years by a scandal involving a collective fund (called the Church Extension Fund, or CEF) that was set up in my District of LCC almost 100 years ago to help congregations with building projects. In January 2015 we were informed that the fund was insolvent. Then we learned it was insolvent because most of the fund was used to provide for the development of one gigantic church/school/housing project which, basically from its inception, was in trouble.

Later in 2015 I was asked to be a part of a group that would review the situation and report to the church on how we got to where we were. Our group did some research, produced what was intended to be an interim report with a final report to come later, and then were disbanded by the Board that gave us the task. Our report discussed—in a preliminary way, it must be said—some of the cultural factors we believed might be at play, and then gave a summary of our research, listing much by the way of decisions and discussions that happened over the past 25 years among the church leadership.

As you might imagine, there was a wide gamut of reaction to this, from thankfulness for putting on paper what had been hidden in whispers for so long, to anger (both at us for doing this kind of work and at the church leadership for what was revealed in the report), and everything in between. But it's been quite quiet in terms of my personal involvement for almost a couple of years now. Since our group was disbanded, I haven't said or written a ton about this issue specifically, other than having personal conversations as they come up. More widely, though, there's been much in terms of ongoing discussion, and movement on a class-action lawsuit against our church leadership, which I opted-out for a number of reasons. Our national church has re-organized itself, which I believe was a necessary step—though not a sufficient one—for moving toward healing. The re-organization was long overdue, and I'm of the opinion that our District CEF collapse was the catalyst for bringing it to the fore over the last three years.

So if I've been quiet over the past couple years, why am I writing about this now? Because today the Alberta Securities Commission posted a Notice of Hearing when they will adjudicate this matter later this summer, on August 13. So now I find myself writing in a way that I haven't for about four years, since my son was going through cancer treatments: writing to process my experience. The tone of this site has been more issue-based and a little less personal (at least I'm trying to have that be the tone), but this issue has become intensely personal to me, both because it's my church body and because of my personal involvement in the specific issue. So, here goes...

I was obviously interested to read what the ASC had to say. I admit I've only gone over it quickly, but my experience in reading through it was essentially one of déja vu. Of course I'm biased, but it read like a (much) shorter version of our group's 2015 report. After reading through it, I was compelled to go back to our report to compare some of the statements where we had listed some dates and events. They matched the ASC's report exactly with the exception of one number, which differed in the amount of about 1% (we had reported a certain number as 94% of a total, whereas the ASC listed it at "over 95%"). Frankly, that's what I was expecting. I knew we had done good and careful work. But to see that corroborated by the group who's job it is to do this kind of thing brought a significant sense of satisfaction.

Now don't get me wrong here; I find satisfaction is only in the sense of knowing that our work has been corroborated. I take no pleasure at all in the facts of the case nor in the fact that the work needed to be done. This has brought a tremendous amount of hurt to our church, which still has yet to be worked through in so many cases. The hurt is going to be there for a long time yet. And it's likely going to be there longer because of the way that it's been handled within the church, which is to say it hasn't been handled very well. Now an outside group has provided an evaluation, and we're going to have to deal with that as a church body, or least continue to deal with it as a multitude of individuals within the church body.

Seeing this today opens some old wounds, both for the "institution" that is our church body, and for the people who make up its congregations. Three years ago there was a bit of media attention to it, and now the media's picking up on it again because of the ASC notice. It's an embarrassment to our church, and more importantly—within the church, never mind outside of it—it's become something that has turned people away not just from LCC, but from the idea of Christianity and maybe even God. I'm thankful that God is bigger than our sin, and I fervently pray that people's faith in Christ is not destroyed over this.

We who are a part of the church need to repent of our sin—every sin, big, monstrously big, and small. I'm fervently praying that the day will come when we will see that happen in this situation. If it takes the actions of a group that's outside the church to actually bring the truth to light and bring the consequences to bear...well, it wouldn't be the first time God allowed His people to experience the consequences of their actions by those who weren't part of "the fellowship". Maybe by looking at things through their lens, we'll be able to see things more clearly and more right-side-up, but that sure seems to have eluded us so far.

Is the church full of sinners? Absolutely. Is this sin so big that it can't be forgiven by God? Absolutely not. But our witness before the world continues to be hampered, and it's immensely difficult to be "salt and light" (Matthew 5:13-16) when the church is perceived to have (and actually having) toxic effects, not preserving and guiding ones. And on this day, as the wound is opened before the world once again, it's not pretty. Wounds never are. If the Church suffers wounds for being the Church—for holding fast to the confession of our Lord Jesus and acting in ways that are strange and mockable in the eyes of the world—that's one thing. But if we suffer because of sin, that's something else altogether.

The Word of God through Peter has much to say to us today, I believe, and so the last word here rightly belongs to the Lord:

Beloved, do not be surprised at the fiery trial when it comes upon you to test you, as though something strange were happening to you. But rejoice insofar as you share Christ’s sufferings, that you may also rejoice and be glad when his glory is revealed. If you are insulted for the name of Christ, you are blessed, because the Spirit of glory and of God rests upon you. But let none of you suffer as a murderer or a thief or an evildoer or as a meddler. Yet if anyone suffers as a Christian, let him not be ashamed, but let him glorify God in that name. For it is time for judgment to begin at the household of God; and if it begins with us, what will be the outcome for those who do not obey the gospel of God? And

“If the righteous is scarcely saved,
what will become of the ungodly and the sinner?”

Therefore let those who suffer according to God’s will entrust their souls to a faithful Creator while doing good.

Thank you for your honest assessment of a troubling situation.