I taught tonight at our church about living in the world, but not "of" it. As I consider the world around me, it's important to be in the world, to be involved in good and noble pursuits, even in things like politics. But that's not The Ultimate Thing. 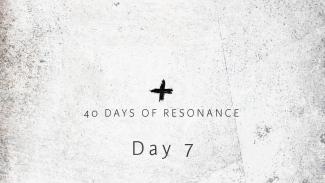 I'm becoming a bit of a political...observer. Not a pundit, not a junkie, just an interested observer. I know that the two things one isn't supposed to talk about in polite conversation are religion and politics. Well, you're going to get lots of talk about religion here, and a bit of politics too. I guess I'm just not that polite.

Politics are an important thing. Even for Christians, politics are important; government is the way that God rules in the world through the law. Government (though not one specific form) is designed to punish evil and reward good. Public servants are called by God to be just that: servants of the public, working towards the common welfare of all people, especially those who need extra care. This is sometimes called the civil government, or God's left-hand kingdom. (The Church is the spiritual government, God's right-hand kingdom, where God reigns not by the law, but by the Gospel.)

Politics has become such a dirty word that you might be scoffing at me right now, because we behold (there's that word again) so much brokenness that it's hard to believe there's any redeeming quality to politics at all, never mind that God designed government for the good of people. Some may think, "if this is God's doing, I don't want any part of that". The brokenness isn't God's doing, but the design for the needs of all people to be met through good government is.

So when I see brokenness at all levels of government—our municipality is experiencing much turmoil over brokenness in our public school system right now, our province and nation is mired in turmoil over broken relationships between Canadian government and Indigenous peoples and so many other things, and internationally, well, let's just say I'm observing things like the Democratic party primary process in USAmerica with a sort of, something that I won't call schadenfreude (there's no joy in it), but maybe semi-detached fascination?—it's hard not to be cynical.

Then I remember that as a Christian I'm called to be in the world, to seek the welfare of the place I live (like the exiled Israelites; read about that in Jeremiah 29:4-7), and contribute to the good of society for the sake of the welfare of others. Scripture is crystal clear that part of being a good Christian is being a faithful citizen of our earthly homes under just government (Romans 13:1-7 is perhaps the most clear).

But I also remember that I am in the world, but not of it. I've been born from above (John 3:3) and I serve a King who's kingdom is not of this world (John 19:36-37). So I live in this world and seek to be a part of contributing to the welfare of the place I live. Many faithful Christians have vocations in politics and in civil government, and that is a commendable thing. But politics isn't The Ultimate Thing. We have hope for a future that doesn't include any brokenness at all, including in politics. If there are public servants in the life that is to come, they will be just that: public servants. They will fulfill their roles with honour and integrity, and will serve others willingly out of a perfect love.

Sounds too good to be true? It isn't.