Sometimes, our continent takes its cues from professional sports. It's going to happen again after tonight. 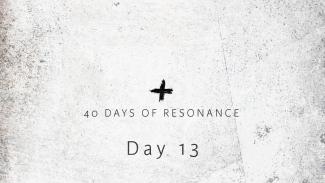 I got home from an extremely busy day, ready to write about "the four loves", following on the addled post from last night. Four aspects of love are captured by four different Greek words, and they're all worth considering.

But as I was relaxing for a little bit and turned on the TV for some sports highlights, I heard the news that the NBA (professional basketball in the US and Canada) was suspending its season due to a player having tested positive for coronavirus.

Not only is this historic for the NBA, but this is just the first domino to fall. All the other professional and big amateur sports are now sure to be affected. Soccer teams overseas were already playing without fans. Earlier in the day it was announced that the NCAA basketball tournament - March Madness - would be played without fans in the stands. The NHL (professional hockey in the US and Canada) will be making a statement tomorrow. I can't imagine that any of these leagues won't be now considering the same thing.

It'll affect pretty much every spectator sport now. Even locally, our junior hockey team, the Penticton Vees, who are on a playoff run now, will be affected, I'm sure.

This will set a precedent for not just sports, but all mass gatherings in our local areas in North America. It's been happening in other countries, and now it's here. We knew it was here, but when something like this happens in a professional sport, it will amplify things so much more than otherwise.

The implications of this are staggering, not only for health reasons, but for so many other reasons. I wrote a couple days ago, rather tongue-in-cheekily, about the line between prudence and fear. That line got moved tonight, and will continue to move in the next few days as the ripple effects are seen.

I suspect my next few days will be busier than normal now too, as folks in my circles start to more seriously think about the implications in the church, beyond avoiding handshakes and using hand sanitizer. If we're starting to need to consider things like moving schools online, then there's need for consideration of those kinds of things for churches as well. Being on a communications and technology committee for our church, we may be ramping up things to advise congregations and workers about it.

I still plan to keep writing and hope to keep connecting with you through this medium (ironically, the more we need to experience "social distancing" in our world, the more important digital/online connections will become, at least for a time). I pray for wisdom and peace in the midst of all of this, to be prudent but not fearful.

I see the governor of a Kentucky is also recommending the cancellation of church/religious services.

It's not surprising, but at the same time, we need to hold on to God's promises. Tough to know exactly what to do in these unprecedented times.