After the NBA suspended its season last night, the writing was on the wall that other sports and other organizations would follow suit. And they did. I just wrote a big long post offering some hope, and it too was cancelled. 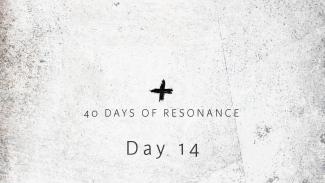 In this space about 5 minutes ago was a big long post offering some hope amid the gripping fear that's been so amplified in the last 24 hours. When I hit save, something went wrong and I lost the whole thing. So even this post has been cancelled. How ironic. I may or may not be able re-capture that lightning in a bottle, so I'll just leave you with what was probably the most important part of that post anyway: the Word of God. Amid all the fear and legitimate concern in our world right now, the one thing that has not been cancelled is the promise of God. It's not too good to be true; it's actually true: there's something much better than this broken world ahead. We're just not there yet.

Blessed be the God and Father of our Lord Jesus Christ! According to his great mercy, he has caused us to be born again to a living hope through the resurrection of Jesus Christ from the dead, to an inheritance that is imperishable, undefiled, and unfading, kept in heaven for you, who by God’s power are being guarded through faith for a salvation ready to be revealed in the last time. In this you rejoice, though now for a little while, if necessary, you have been grieved by various trials, so that the tested genuineness of your faith—more precious than gold that perishes though it is tested by fire—may be found to result in praise and glory and honor at the revelation of Jesus Christ. Though you have not seen him, you love him. Though you do not now see him, you believe in him and rejoice with joy that is inexpressible and filled with glory, obtaining the outcome of your faith, the salvation of your souls. - 1 Peter 1:3-9