This began as a response post on Facebook. I want it to live here as well, since I suggest that's what should happen anyway. 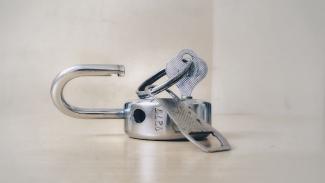 Photo by Basil James on Unsplash

To my Christian friends, and particularly leaders in the Christian Church:

I'm seeing more and more posts on Facebook expressing dismay at how Facebook seems to be "censoring" things that have a traditionally Christian viewpoint. There is an increasing amount of hand-wringing over this, which is a bit confusing to me, since the hand-wringing is happening on...Facebook. (The irony of someone using Facebook to comment, "Fascistbook" on a post of this sort isn't even subtle.)

Here's the bottom line: if it seems that Facebook is going to "censor" you because of your content (and there's a legit argument that's it's not in fact censorship, thus the quote marks), you have choices about where to post your material. I often hear that people use Facebook because it makes it easy to post things, and because "that's where everyone is anyway". The problem is that those aren't terribly solid arguments. OK, maybe the second one is stronger than the first, but that bar is easy to hop over.

Here's another way to think about it: those who find your content compelling will engage with you somewhere that's not Facebook. To put it a bit more bluntly: using Facebook because it's easy, convenient, and "free" (money isn't the only way of measuring cost) is lazy. Giant social media companies will act in the interest of giant social media companies on their way to becoming more...gianter...not in your best interest. This isn't a new thing, and it's not going away.

This isn't a rant; I'm trying to not only diagnose a problem, but be constructive is suggesting a solution. There are other ways to get your message out, ways that could end up being far more productive and healthy than being on here. And I'm not talking about other social media platforms. Might I suggest that a much better way to get your content out is through an "old-fashioned" website. You put what you want on there. Done.

(I anticipate someone thinking, "but Amazon kicked Parler out - even the hosting companies are censoring!" That's a straw man of the flimsiest variety, and I'm happy to discuss that in detail if you want.)

Is it more work to do a website? Sure. Is it less convenient than Facebook? Definitely. Is there a (monetary) cost to it? There can be. Will you have to do more work to gain an audience? Probably. But the real question is: is it worth it? In the strongest possible terms, yes.

Posted 1 year 8 months ago by Jodi

I have missed your posts. You are thoughtful, respectful, educational and often humorous. They are a breath of fresh air, especially when I did see it on FB which can be prone to rants. More, please!